We remember one of the great TV innovators who changed the business of television: Desi Arnaz. STEVE INSKEEP, HOST: This year marks the 70th birthday of one of the most important works of art in American history. (SOUNDBITE OF WILBUR HATCH AND ORCHESTRA’S “I LOVE LUCY”) INSKEEP: Yeah, think of […]

We remember one of the great TV innovators who changed the business of television: Desi Arnaz.

This year marks the 70th birthday of one of the most important works of art in American history.

(SOUNDBITE OF WILBUR HATCH AND ORCHESTRA’S “I LOVE LUCY”)

INSKEEP: Yeah, think of it as a work of art. Starting in 1951, “I Love Lucy” set the comedic standard for TV that holds up today. In an era with only three TV networks, 70% of households tuned in. Lucille Ball and her husband, Desi Arnaz, innovated the business of Hollywood and television. Sonari Glinton reports for NPR’s Planet Money Podcast team.

SONARI GLINTON, BYLINE: It’s hard to deny the comedic genius that is Lucille Ball and Desi Arnaz. In the six years the two performed in and produced “I Love Lucy,” you can pick a clip at random that proves they’re hilarious.

LUCILLE BALL: (As Lucy) How dare you say that to me?

GLINTON: Here’s a short list of some of Desi Arnaz’s innovations that we see now as normal. Filming in front of a live studio audience, that’s Desi. The use of three cameras to catch the action of the actors, Desi, again. Another innovation, he brought reality to TV, like when the star of the show, Lucy, was pregnant. Here’s Arnaz talking on “Late Night with David Letterman.”

ARNAZ: You know, you could even say that we’re pregnant in those days.

GLINTON: They signed licensing deals to make money off the pregnancy. His biggest innovation, though, was deciding to rerun episodes of the show while Lucy recovered. Desi pioneered reruns. Now, Desi Arnaz rarely spoke of the racism he faced in Hollywood, but Lucille Ball did. She said on many occasions that he didn’t get the credit he deserved from their show business peers. Here she is talking to Barbara Walters in the ’80s.

BALL: I knew what he had suffered, really, and how he did not deserve that. And just because he was Cuban and once a bongo player did not warrant calling him any of those names. And he worked very hard and got a lot of respect for what he did. And they forgot about that.

GLORIA CALDERON KELLETT: Desi Arnaz was, like, the first famous Cuban in the United States that crushed it.

GLINTON: Gloria Calderon Kellett is a producer and writer. She produced shows such as “How I Met Your Mother,” “Rules Of Engagement” and the revamp of “One Day At A Time.” Her family fled the Castro revolution. And Calderon Kellett says she doesn’t think her family or other Cubans would have been as readily accepted if “I Love Lucy,” a show about a Cuban family, hadn’t been so popular.

KELLETT: And so 10 years later, when it’s like, hey, these Cuban children need asylum, America is like, oh, my God. Ricky Ricardos? Awesome. Those guys are the best. The kindness of strangers is what we benefitted from, I think, because Desi Arnaz was on TV. So there is very much a chance that I would not be sitting here talking to you right now had Desi Arnaz not been on a TV screen in 1952.

GLINTON: Kellett says, you got to love Lucy. But if you love Lucy or Raymond, Ellen, Oprah or Tyler Perry, then you need to thank Desi Arnaz.

(SOUNDBITE OF WILBUR HATCH AND ORCHESTRA’S “I LOVE LUCY”)

Copyright © 2021 NPR. All rights reserved. Visit our website terms of use and permissions pages at www.npr.org for further information.

NPR transcripts are created on a rush deadline by Verb8tm, Inc., an NPR contractor, and produced using a proprietary transcription process developed with NPR. This text may not be in its final form and may be updated or revised in the future. Accuracy and availability may vary. The authoritative record of NPR’s programming is the audio record.

Fri Feb 5 , 2021
A French cybersecurity company with government clients revealed this week that an unauthorized third party has stolen customer data and some of its source code. Airbus subsidiary Stormshield counts the French government among its public sector client list. It claimed that attackers targeted a customer portal used by customers and […] 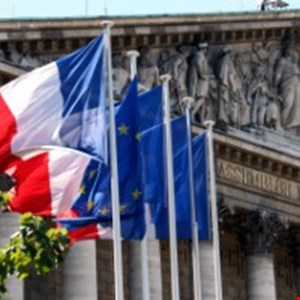