Amazon, just after Biden was sworn in as the 46th president of the United States, said they were “ready to assist” the new administration in meeting their goal to vaccinate 100 million Americans in the first 100 days of his administration.

WHY DID AMAZON WAIT UNTIL BIDEN INAUGURATION TO OFFER VACCINE DISTRIBUTION ASSISTANCE?

Dave Clark, CEO of Amazon’s worldwide consumer business, penned the letter to Biden on Wednesday, saying the company is “prepared to leverage our operations, information technology and communications capabilities and expertise to assist your administration’s vaccination efforts.”

“Our scale allows us to make a meaningful impact immediately in the fight against Covid-19, and we stand ready to assist you in this effort,” Clark wrote.

Amazon did have communication with the Centers for Disease Control and Prevention and other administration officials, Fox News is told, but sources said no letter or formal offer was made.

Meanwhile, former Operation Warp Speed officials told Fox News that an Amazon offer would not have necessarily applied because the Trump administration was not doing a federal rollout of vaccines, but rather, leaving the distribution up to the states.

An Amazon spokesperson on Thursday night told Fox News that the company’s “interest is in helping Americans get vaccinated, full stop.”

“We met with Trump’s Operation Warp Speed to offer assistance on vaccine logistics and we were redirected to the states. We then wrote to all governors offering to help distribute the vaccine,” the Amazon spokesperson said, adding that “throughout 2020, we partnered extensively with the Trump Administration to respond to Covid-19:  we worked with the State Department to collect personal protective equipment from China when American doctors had none, we built new tools for researchers and public health authorities, we advised the US government on testing and more.”

“To suggest that we waited to offer assistance for political reasons is simply wrong,” the Amazon spokesperson siad.

Amazon also told Fox News that the company has been in contact with U.S. government officials over the last nine months about the response to COVID-19. An Amazon spokesperson also pointed to a letter that Clark sent to a CDC advisory board on Dec. 16 about vaccine distribution.

“We request that [Advisory Committee on Immunization Practices] continue to prioritize these essential workers who cannot work from home, like those working at Amazon fulfillment centers, AWS data centers and Whole Foods Market stores, to receive the COVID-19 vaccine at the earliest appropriate time,” Clark wrote to ACIP Chairman Dr. Jose R. Romero.

Clark’s December letter did not contain any offer of assistance in distributing vaccines.

Clark also reiterated Wednesday that the “essential employees working at Amazon fulfillment centers, AWS data centers, and Whole Foods Market stores across the country who cannot work from home should receive the COVID-19 vaccine at the earliest appropriate time.”

On Dec. 11, the FDA issued the first emergency use authorization of Pfizer-BioNTech’s COVID-19 vaccine. Moderna’s vaccine was approved on Dec. 18.

More than a month after both vaccines started being distributed, only 16,525,281 Americans have received the first dose, according to the CDC. 35,990,150 doses have been distributed so far.

The Trump administration was heavily involved in the vaccine development process through Operation Warp Speed, but left it up to the states to distribute the vaccines themselves.

“It is up to the States to distribute the vaccines once brought to the designated areas by the Federal Government,” former President Trump tweeted in late December. “We have not only developed the vaccines, including putting up money to move the process along quickly, but gotten them to the states.”

Biden has vowed to ramp up the federal government’s involvement in the vaccination process. On Thursday, Biden said he would use his executive powers to invoke the Defense Production Act to prioritize manufacturing masks and supplies necessary to administer vaccines. The Trump administration also invoked the Defense Production Act to expand the manufacturing of ventilators and Personal Protective Equipment (PPE) early on in the pandemic.

Fri Jan 22 , 2021
Terry Gou, founder of Foxconn. Simon Song/South China Morning Post via Getty Images Taiwan’s Foxconn Technology, which manufactures electronics for Apple, this week received a license from the Vietnamese government to build a $270 million plant to make laptops and tablets in the Southeast Asian nation amid U.S.-China tensions. The […] 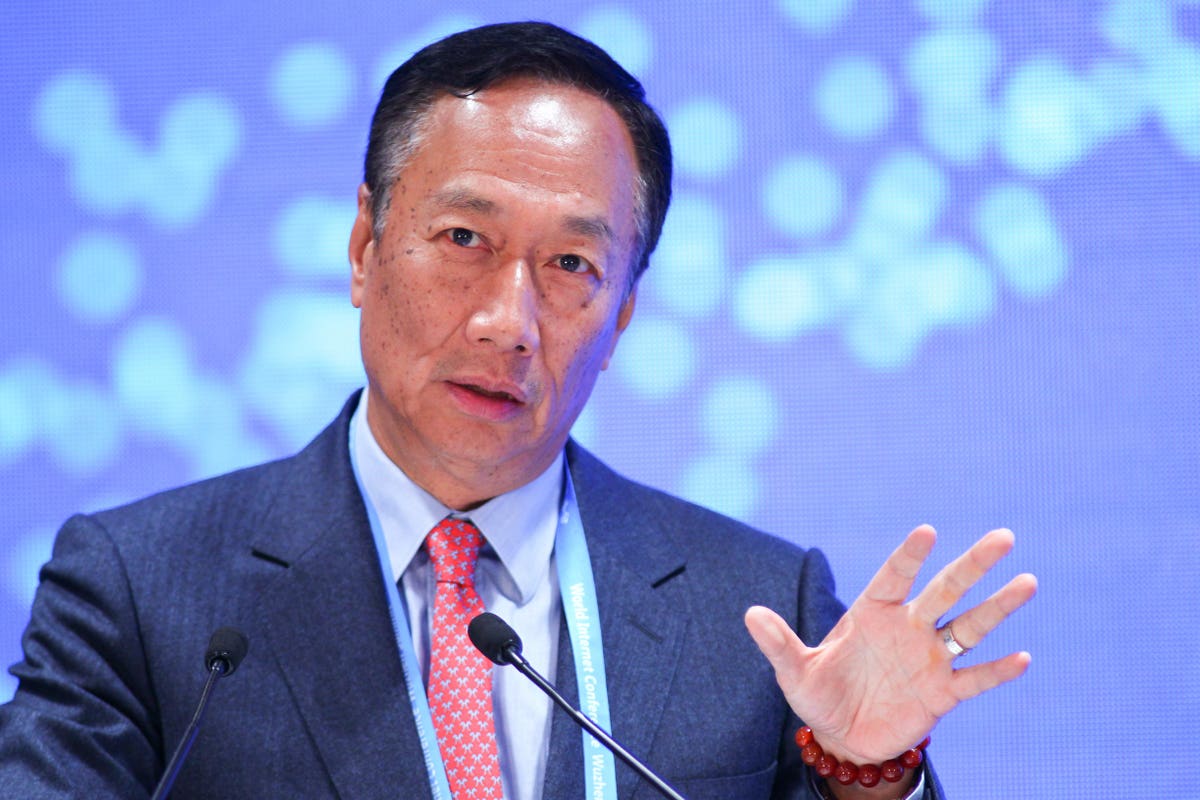