ANNANDALE-ON-HUDSON, N.Y. — Bard College recently announced a $500 million endowment from philanthropist and longtime Bard supporter George Soros. This challenge grant — among the largest ever made to higher education in the United States — will facilitate and strengthen Bard’s educational and social initiatives, establish the College’s most substantial endowment, and set the stage for a $1 billion endowment drive. In response to Soros’s challenge grant, Bard announced it has raised an additional $250 million from trustees, alumni/ae, and friends, and will raise another $250 million over the next five years.

“This is the most historic moment since the College’s founding in 1860,” said Bard College President Leon Botstein. “When this endowment drive is complete, Bard will have a $1 billion endowment, which will ensure its pioneering mission and its academic excellence for the future.”

Over the last four decades, Bard has created pioneering initiatives such as the Bard Early Colleges, the Bard Prison Initiative, and international partnerships such as Al-Quds Bard and the American University of Central Asia, all of which broaden access to higher education for underserved communities.

Soros’s support of Bard’s role as one of two founding partners of the new Open Society University Network, a global network of educational institutions created with the Central European University in partnership with Soros’s Open Society Foundations, has permitted the College to expand and strengthen its network of domestic and international partnerships.

“Bard has had an outsized impact, setting the standard in liberal arts education in prisons, in high school age students, and in the arts and in its international work,” said Soros.

This endowment pledge, along with Bard’s matching contributions, will endow the College’s full array of student financial aid, faculty, and programs; enable the College to sustain its mission and to grow its international profile; and begin its endowment drive with $750 million.

Odita was born in Enugu, Nigeria and lives and works in Philadelphia. He is an abstract painter exploring color both in the figurative historical context and in the sociopolitical sense. In addition to general trustee duties, Odita will serve on Bennington’s education and community life committee.

“I am happy to see the completion of a circle in my invitation to be a member of the Board of Trustees,” said Odita. “It still feels like yesterday that I was able to attend Bennington as a graduate student in painting; to work as a drawing teacher at the Bennington July Program; and later be given the opportunity to speak as a visiting artist. I hope to contribute all and more of what Bennington has given to me over these years.”

Odita’s work has been exhibited at the Baltimore Museum of Art, The Studio Museum in Harlem, The Philadelphia Museum of Art, and others. On the Bennington campus, his work “Cut” can be found on display in the Visual and Performing Arts building.

Odita has been the recipient of a Penny McCall Foundation grant, a Joan Mitchell Foundation grant, and a Louis Comfort Tiffany grant. He has been commissioned to paint large-scale wall installations by The Virginia Museum of Fine Arts; the Institute of Contemporary Art, Miami; Ezra Stiles College at Yale University; the U.S. Mission to the United Nations in New York, and many entities.

PITTSFIELD — Colleen Holmes, John Law, and Peter Lopez were re-elected to the Greylock Federal Credit Union board of directors at its 86th annual meeting, held virtually, on Tuesday, March 23.

The agenda included the election to fill three open seats. Three of Greylock’s current board members were re-elected, including: Holmes, president and CEO for Viability, Inc.; Law, a retired vice president for administration & finance and CFO at Berkshire Community College; and Lopez, a senior manager at LTI SmartGlass in Pittsfield.

Greylock also held a virtual organizational meeting of the board of directors on March 24 and re-appointed their previous office holders: Stanley Walczyk, chair of the board; John Law, vice chair; Peter Lopez, secretary/financial officer; and JamieEllen Moncecchi, assistant secretary. A recording of the annual meeting is available on the Greylock website.

Anyone interested in starting or expanding a career in public service should attend this event and meet with representatives from local police, fire and EMS departments, and other organizations that are hiring. The National Guard Public Service Career Expo is free and open to the public.

With most members of public service having been vaccinated, the recent increase in allowable indoor capacity, and the looming deadline for the next Civil Service Exam, the organization decided to take a step towards normalcy with a more traditional event this year. The departments and the National Guard have been extremely busy the past year and are seeking new people to help fill their ranks.

The expo will feature some of the newest equipment, on display inside the large exhibition space, and BCC will be promoting their Criminal Justice and Fire Science programs. In exchange for their service, soldiers in the Massachusetts National Guard receive 130 credits of tuition and fees paid to attend any state college, including BCC. This event is a great opportunity for the public to explore how these entities work together and support each other.

Face masks will be required and all state mandated COVID protocols will be in place.

Julia Phykitt began her career at BFAIR as a part-time behavior specialist. She was promoted to assistant director of clinical services and recently to director of clinical services. Phykitt started her career in human services as a teaching assistant of students with autism. She attended Massachusetts College of Liberal Arts, where she obtained her bachelor’s degree in psychology with a minor in behavior analysis. She then attended Westfield State University, where she received a master’s degree in applied behavior analysis. She went on to obtain both board certification and state licensure as a behavior analyst.

Christine Meiklejohn began her career at BFAIR in 2016 as a manager of the organization’s first residence for adults with acquired brain injury (ABI) and was promoted to ABI residential program supervisor in November 2017. In addition to her primary responsibilities, Meiklejohn serves on multiple committees and in roles including: incident review, the medication administration program, fire safety officer, strategic planning, and the diversity committee.

Mon Apr 5 , 2021
Updated at 1:30 to reflect midday trading. GameStop Corp. is set to cash in on its 2021 surge after the company said it may sell up to $1 billion worth of additional shares in one of the largest at-the-market equity offerings ever announced for the retail sector. The video game […] 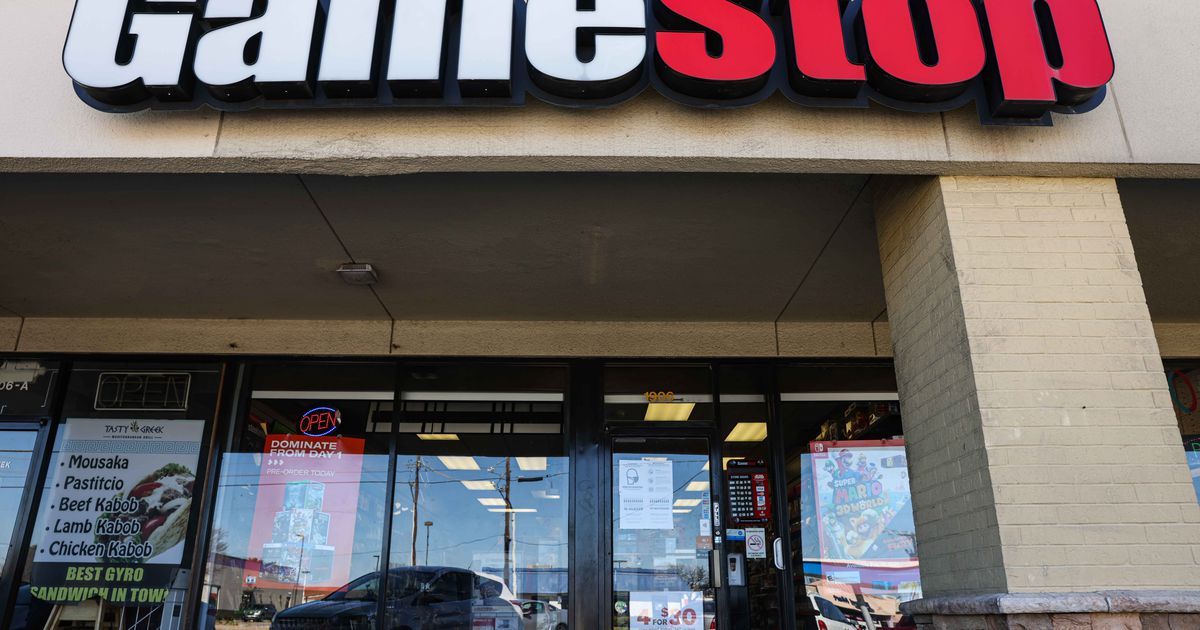