(Credit: Intel) Intel is making a new push into the foundry business, which will involve manufacturing custom computer chips for tech companies and Western governments.  The news means Intel could end up building ARM chips for Qualcomm and Apple—assuming it can win them over as customers. It will also put […]

Intel is making a new push into the foundry business, which will involve manufacturing custom computer chips for tech companies and Western governments.

The news means Intel could end up building ARM chips for Qualcomm and Apple—assuming it can win them over as customers. It will also put Intel in closer competition with the two biggest foundries in the market, TSMC and Samsung, which also build chips for AMD and Nvidia.

Intel previously dabbled into the foundry business in 2013. But the company’s new CEO, Pat Gelsinger, said this time the company sees a massive opportunity, pointing to the global shortage for computer chips, most of which are currently made in Asia.

“Intel is in a unique position to rise to the occasion and meet this growing demand while ensuring a sustainable and secure supply of semiconductors for the world,” Gelsinger said on Tuesday.

The newly announced “Intel Foundry Services” will initially build semiconductors using the company’s older 22-nanometer manufacturing processes. But the plan is to eventually upgrade the manufacturing to Intel’s more advanced 7nm process and beyond. To do so, the company is spending $20 billion to build two new factories at Intel’s existing campus in Chandler, Arizona.

The company’s foundry business will be capable of manufacturing semiconductors built with the x86 architecture, ARM and RISC-V. And according to Gelsinger, companies including Amazon, Microsoft, Google, and Qualcomm have all expressed interest in Intel’s foundry model.

During a Q&A session, Gelsinger also mentioned Apple, which recently ditched Intel’s Core processors for its own ARM-based chips. “We will also pursue customers like Apple and say, ‘Boy, is it possible we could build and expand on your foundry capabilities as well?’” he said.

Recommended by Our Editors

The other opportunity involves building chips for the US and European governments, which have also expressed strong interest in Intel’s foundry business, according to Gelsinger. Last month, President Biden signed an executive order to help ensure the US chip supply chain isn’t becoming too reliant on foreign suppliers.

Despite the new foundry business, Intel itself is actually going to contract more chip manufacturing to TSMC and Samsung. That may sound strange. But it’s been no secret Intel’s own chip technology has stalled on repeated delays. TSMC, on the other hand, has been steadily improving its chip designs, which has now reached a 5nm process.

Gelsinger said the company will continue to churn out the majority of its product in Intel fabs. However, Intel plans on also tapping third-party foundries to buttress certain products. This includes “manufacturing for a range of modular tiles on advanced process technologies, including products at the core of Intel’s computing offerings for both client and data center segments beginning in 2023,” the company added.

Wed Mar 24 , 2021
Toronto-Dominion Bank has announced its intent to acquire the Chicago-based fixed income trading company Headlands Tech Holdings, LLC. The two parties said that they have entered into a definitive agreement, subject to certain closing conditions, for TD to acquire Headlands Tech. The latter has developed proprietary software to deliver fully […] 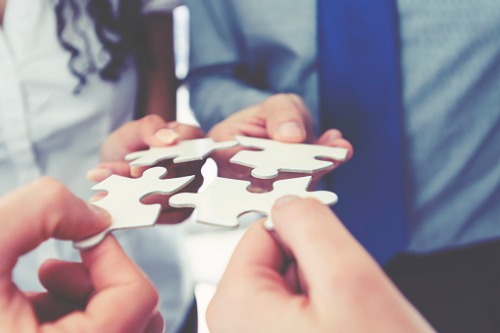