HONOLULU (KHON2) — Kauai has extended its resort bubble program through spring, 2021. The Garden Isle currently requires visitors to take part in the state’s Safe Travels program and take a pre-test 72 hours before their flight. Get Hawaii’s latest news sent to your inbox, click here to subscribe to […]

HONOLULU (KHON2) — Kauai has extended its resort bubble program through spring, 2021. The Garden Isle currently requires visitors to take part in the state’s Safe Travels program and take a pre-test 72 hours before their flight.

Get Hawaii’s latest news sent to your inbox, click here to subscribe to News 2 You, a daily newsletter.

Visitors who fly directly from the mainland must stay at a county-approved resort and can bypass quarantine with a negative COVID-19 test taken three days after they arrive.

Kauai has been able to remain in Tier 4 with barely any restrictions but many business owners say it is hard to remain open when there are barely any visitors flying in.

Business was starting to pick up again when the state launched its Safe Travels program in October and re-opened to visitors.

“We had one of our if not the best, the best month since we opened,” said Antje Gillingham, co-owner of Hawaiian Artisans at Coconut Marketplace.

Hotels in Kapaa were reopening and many businesses at Coconut Marketplace were hopeful they could rebound.

“We all bought items and products for the holiday season, and we were all so happy, and then and then it was like oh no, we’re shutting you down again,” she said.

Kauai opted out of the Safe Travels program after COVID-19 cases started to rise and required all travelers to quarantine on Wednesday, Dec. 2, 2021.

Kauai was averaging around 700 to 1,000 daily arrivals in November, 2020, according to Hawaii Tourism Authority data, and dropped to around 80 to 100 after the County opted out.

Kauai opted back into the Safe Travels program in January, 2021, but required direct mainland travelers to stay at an approved resort and take a negative COVID-19 test three days after arriving. Numbers remained low, however.

“We can sit here for hours and nobody walks by,” explained Terry Gillingham, co-owner of Hawaiian Artisans. “It’s kind of hard to do business with people when there’s nobody to even invite in and the shopping center is dead.”

The couple has opened up art classes and other activities at their store in the meantime to stay afloat.

“That’s bringing people in, but it’s not enough to sustain us for a prolonged period of time,” Terry Gillingham added. “It’s holding us up right now, but we’ve got to know what the game plan is because we have dwindling resources.”

The couple said, they think they can hang on until June but many other shops at Coconut Marketplace have closed for good or might not make it until June.

A poll conducted by the Kauai Chamber of Commerce (KCC) and Hawaii Lodging and Tourism Association (HLTA) in December, 2020, found that nearly half of Kauai businesses said their business would likely shut down within three months without a significant return of tourists.

Activity companies were most at-risk of permanent closures.

Blue Ocean Adventure Tours is the only boat tour company that has remained in operation at their harbor during this time.

The tour company was selling out of boat tours and taking four boats out every day in November, 2020. Since January, the tour company said it is lucky to do three tours a week.

The owner said, they have been able to put off payments but have to start paying again in April.

“I think what we need is to have that date, to have to have the point to where we know we’d have to make it to,” he said of the uncertainty of knowing when the island will fully re-open to visitors again.

Restaurants were second at-risk for closures according to the KCC and HTLA poll.

Trees Lounge closed its doors for good in November after 15 years in business.

The owner has one shop left, Aloha from Kauai.

“When you look at the town where my shop is, right now on Saturday afternoon, I’m looking at empty town, there is nobody, there’s not one person walking out there,” store owner Ulla Freeman said.

“I’m looking at 75% of businesses gone right around me,” she continued.

“My frustration with this whole bubble and the restrictions is that county officials don’t come by, please come and see how it is really in real life affecting us and the people who have worked for us,” she said.

Mayor Derek Kawakami said, he hopes to fully participate in Safe Travels again around May or sooner.

He said, he wants to keep re-opening inline with the vaccine distribution and making sure the vulnerable and frontline essential workers are vaccinated first.

“I know that those businesses that are continuing to struggle have lost their patience,” he said. “I know that many of them are frustrated and frightened, and I just want to say to hang in there and be tough, and we’re going to get this island through this.”

“We get that not everybody wants tourism to come back at the level that it was pre-pandemic, and we’re probably in agreement with that,” Gillingham said. “But there’s got to be some amount of people allowed to come to the island, and there’s got to be some balance found between what was happening before and what’s happening now or we’re going to have an entire island that’s economically bankrupt.”

A bill is moving through the Legislature which would require all counties to participate in Safe Travels under a uniform rule; if a traveler tests negative before their flight they can bypass quarantine. The bill would go into effect in July, 2021, if passed.

Sun Feb 21 , 2021
Lucid Motors, the electric vehicle startup, is close to a deal to go public through a merger with a blank-check company started by investment banker Michael Klein, Bloomberg reported, citing people familiar with the matter. A deal for Lucid could be announced on Tuesday, two of the people said. The […] 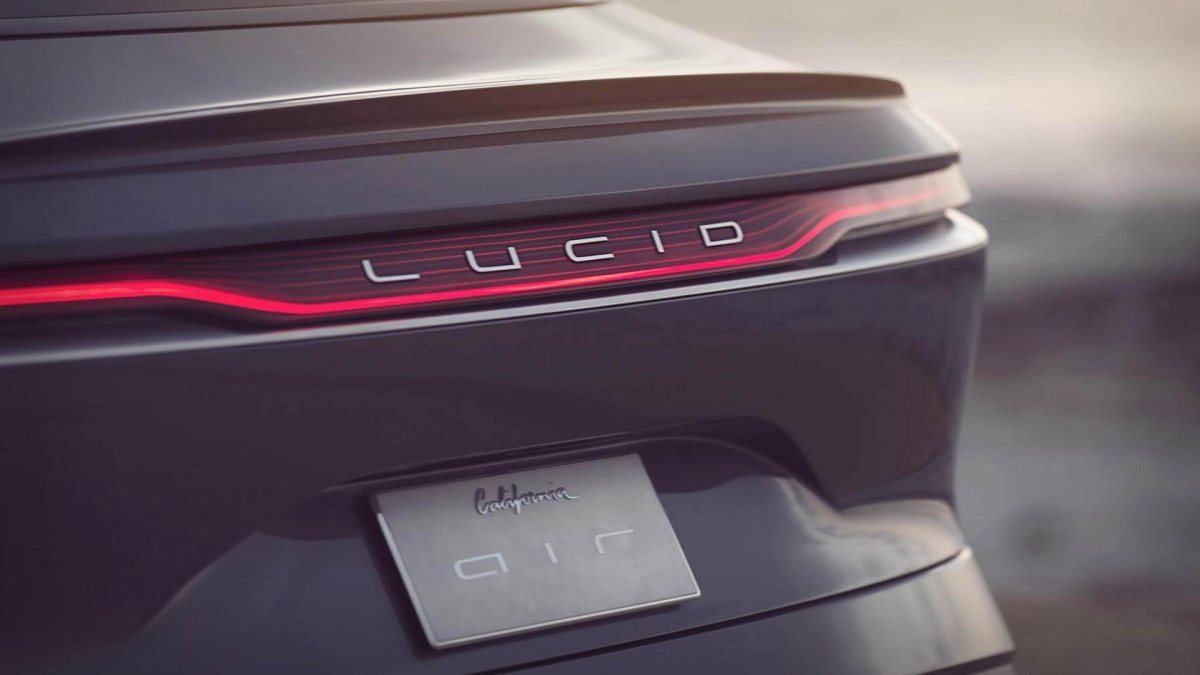