A large coalition of business groups in Michigan announced opposition to two state House bills that are part of a 15-bill Republican health care reform package they say will increase insurance premiums. The business groups are focusing opposition to House Bills 4346 and 4354 related to insulin and oral chemotherapy […]

A large coalition of business groups in Michigan announced opposition to two state House bills that are part of a 15-bill Republican health care reform package they say will increase insurance premiums.

The business groups are focusing opposition to House Bills 4346 and 4354 related to insulin and oral chemotherapy coverage they say will shift costs to small businesses and “mandate coverages and add unnecessary new regulations to insurers, raising health insurance premiums.”

The groups have scheduled a virtual news conference Thursday to further discuss the bills’ impact.

“The focus (of the GOP health reform package) is definitely on pharmaceutical costs. But some parts of this package are pretty toxic if you are an employer buying insurance,” said Pallone, noting that many of the 15 proposed bills have been previously discussed the past 10 years.

“You’ve got a bill that caps insulin costs and an oral chemotherapy provision (prohibiting health insurers from charging higher) copays for treatments. What this does is just squeeze the balloon and starts shifting prices and costs to employers.”

“Today’s action shows that pricing residents out of life-sustaining and life-saving medicines and procedures is a concern that resonates in every part of the state and on both sides of the aisle, and we appreciate the Legislature’s bipartisan efforts to tackle these issues, rein in some health care costs, and bring about more transparency in health care,” Jacobs said in a statement.

“These bills will increase those already high premiums at a time when small businesses are struggling,” said Scott Lyon, SBAM’s senior vice president, in an email to Crain’s.

Lyon estimated the bills will cost an additional $57 million in insurance premiums paid by state companies.

“These bills will mean more of those companies will face the difficult decision of cutting off insurance for their workers,” Lyon said.

Pallone said the two bills don’t impact health plans directly, but costs will be shifted to employers in the form of higher premiums for fully insured plans.

“It definitely harms the business community,” he said. “The politics is mind-boggling. It’s a populist approach and you have House Republicans shunning the traditional businesses that they historically try to help.”

Pallone said only 24 percent of the people covered under fully insured group policies or individual health insurance in Michigan would be affected.

In a statement Wednesday, Blue Cross Blue Shield of Michigan said it has concerns about some of the bills.

“While Blue Cross is strongly supportive of policy changes that will directly address the high cost of prescription drugs, we are concerned that many aspects of the House package will have significant unintended consequences,” said Mark Cook, Blue Cross’ vice president for government and regulatory affairs, in an email to Crain’s.

“This will result in cost-shifts to employers, increased administrative burdens on patients, higher prescription drug costs and higher health care costs for everyone,” Cook said. “With more than 800 drugs experiencing price increases since January, we look forward to continued policy discussions on how to address high prescription drug costs without jeopardizing access to care.”

In her 2020 State of the State speech, Gov. Gretchen Whitmer said reducing the costs of prescription drugs would be a key future focus. She said at the time, “We know that the increase in prescription drug costs has just been skyrocketing.”

The Democratic governor is supportive of the legislation that helps contain the cost of prescription drugs, Whitmer spokesman Bobby Leddy said Wednesday.

“The governor is pleased that the House is advancing bipartisan legislation to tackle the cost of prescription drugs,” Leddy said in an email to Crain’s. “No one should have to choose between filling their prescriptions, paying rent or putting food on the table.”

The proposed reforms in the House bills are in line with recommendations from a task force Whitmer formed last year within the Michigan Department of Health and Human Services that examined prescription drug costs and how prices are set, Leddy said.

“The task force’s recommendations, delivered in early 2021, take on greater urgency amidst the COVID-19 pandemic and we look forward to working in a bipartisan way with the Legislature to drive down costs and deliver affordable, accessible health care for Michigan families,” Leddy said.

Highlights of some of the other health reform bills include:

Thu Mar 25 , 2021
The 10-year master plan for the U.S. Postal Service unveiled Tuesday by Postmaster General Louis DeJoy looks as though it will achieve his objective of placing the service on a sound business footing for a decade. The plan would do everything that comes naturally to a hard-nosed business executive. That’s […] 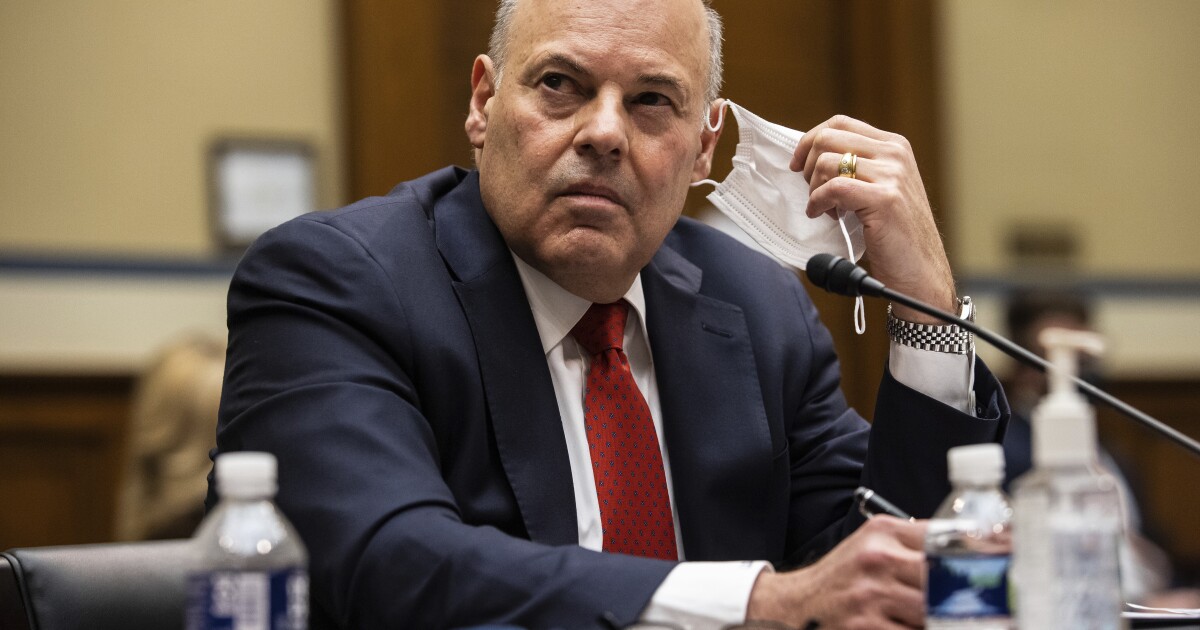