A year ago, Bitcoin was just a curiosity for many companies. That’s starting to change. More than two dozen public companies now own some cryptocurrencies on their balance sheets. Many more are starting to offer services to people interested in buying Bitcoin or to companies that want to hold it […]

A year ago, Bitcoin was just a curiosity for many companies. That’s starting to change.

More than two dozen public companies now own some cryptocurrencies on their balance sheets. Many more are starting to offer services to people interested in buying Bitcoin or to companies that want to hold it or accept it for payments.

(ticker: PYPL) made a particularly big splash last month when it started allowing some users to pay at checkout with their crypto holdings as smoothly as they would with a

Helping to push Bitcoin further into the mainstream have been traditional Wall Street institutions that are figuring out how to update their current systems to offer the same services for crypto that they do for cash.

(BK), the nation’s oldest bank, announced in February that it would soon give customers the same access to and protection for cryptocurrencies that they get for stocks and other assets.

“Our view is that digital assets are the future; they are here to stay,” says Mike Demissie, who is leading the bank’s efforts. The financial “rails” now being built for cryptocurrencies will one day be used for other assets, such as bonds and funds, he predicts. “The larger trend will continue to grow, and that’s why we have this conviction and commitment behind it.”

Because owning Bitcoin directly comes with security risks, financial institutions can charge for services, like custody, that they already provide for other assets. By developing systems to help clients hold and trade cryptocurrencies, they can earn the same kinds of fees that they do on other investments—and perhaps more.

Demissie expects that Bank of New York Mellon may charge a premium to its traditional custody services when it launches later this year. “The actual service fees are yet to be determined, but I wouldn’t be surprised if they come in higher because of the risk that this asset class represents, including the additional technology requirements,” he says.

For these institutions, the roster of potential corporate clients is growing. Among the companies that have embraced Bitcoin are payments company

(TSLA), whose chief financial officer recently took the title of master of coin. Both companies have purchased Bitcoin for their corporate treasuries.

Join Our Investing in Crypto Event

Where is the crypto market heading? How is Washington responding? What are ways to invest in blockchain technology? Barron’s and MarketWatch journalists will explore these topics and examine how—and whether—to invest in cryptocurrencies. Join a virtual event on Wednesday, April 14. Speakers will include venture capitalist Tim Draper and Sen. Cynthia Lummis (R., Wyo.).

Some financial companies are also buying in directly. Insurance giant MassMutual—known more for annuities and other less-flashy fare—announced in December that it had purchased $100 million worth of Bitcoin. A spokeswoman called it part of “our broader strategy to capitalize on evolving opportunities,” while noting that the investment makes up just 0.04% of the company’s general investment account.

The companies with the largest investments in Bitcoin tend to be run by people with a personal affinity for cryptocurrencies. Square’s Jack Dorsey, Tesla’s Elon Musk, and business-software company

(MSTR) Michael Saylor fall into this category. All three companies own substantial amounts of Bitcoin, and are experimenting with using it in novel ways.

Tesla now allows people to buy vehicles directly with Bitcoin. Square, meanwhile, has an in-house team contributing to an open-source project designed “to help the entire industry benefit from the promise of a native internet currency like Bitcoin, not just Square,” a representative tells Barron’s.

“The ones that have done it are companies where the founder or the CEO is the largest shareholder and still in charge,” says Michael Venuto, chief investment officer for Toroso Investments, which created an exchange-traded fund called

(BLOK) to track companies involved in cryptocurrencies and blockchain technology.

The growing prominence of financial firms in Bitcoin is reflected in Toroso’s ETF. About a quarter of its investments are in financial players like PayPal; another quarter is in publicly traded Bitcoin miners; about 10% is invested in companies that make chips used in crypto mining, like

(TSM); and a similar portion is in investment firms that bet on the wider crypto ecosystem, such as

Corporate America’s embrace of cryptocurrencies is a major shift. The original Bitcoin white paper, which explained how software known as blockchains could allow for peer-to-peer payments, was specifically designed to bypass both corporate and government gatekeepers. Some of the companies getting involved today are exactly the kinds of middlemen that Bitcoin was supposed to eliminate.

Still, the purist view of Bitcoin has been supplanted with a more flexible ethos—and the beginnings of a regulatory structure—that has made the space more welcoming to corporations.

Coming out of the crisis, corporations that have embraced crypto are banding together to lobby lawmakers on future regulations. Fidelity, Square, and Coinbase Global are part of a new Crypto Council for Innovation that launched in early April.

BlockFi operates like a crypto bank, paying interest on deposits from Bitcoin owners and lending it to hedge funds and family offices. Prince says that Covid-19 accelerated the shift to corporate adoption, because financial institutions “want to see how something does through an economic shock of sorts that we have roughly once a decade.” And crypto “not only did not die, it’s performed very well.”

There are limits to the corporate embrace of Bitcoin. Most public companies that own it are crypto-focused, and aren’t household names. A Gartner survey of 77 financial executives taken in February found that only 5% plan to buy it for their treasuries this year. Another 84% don’t expect to ever own it on their balance sheets.

And most companies that are incorporating it into their business models are taking baby steps for now. Square lets users of its Cash App buy and sell Bitcoin, but merchants who use Square can’t accept it, and it isn’t clear when they will. The company experimented with allowing Bitcoin purchases back in 2014, but abandoned the project when few merchants wanted to use it. A Square spokeswoman says that Bitcoin’s infrastructure wasn’t ready to be used at scale for purchases.

PayPal’s decision to bring crypto directly to the cash register was monumental. But the payments will be converted into cash before they hit the merchants’ accounts. The same goes for Mastercard, which is similarly planning to allow people to buy things at stores with their crypto holdings. For people who do so, there’s a catch: Under Internal Revenue Service rules, each purchase would be considered a taxable capital gain if the Bitcoin has appreciated in value.

(V) and Mastercard are positioning themselves as major players in the crypto ecosystem. A true Bitcoin network would supplant the credit-card networks entirely, because people could transact directly over the internet. Visa, however, sees many other uses for cryptocurrencies that will allow it to play a part. The company has begun allowing crypto-focused companies to settle payments with Visa using digital assets rather than having to convert them into traditional currencies first. It has built widgets that allow banks to give customers the option of buying cryptocurrencies from their websites. And it has teamed up with crypto-focused financial firms to help them issue Visa cards to customers, and has even backed a credit card that gives customers rewards in cryptocurrency. Crypto-backed credit-card customers can then spend their earnings at merchants, who don’t have to worry about the tricky part—handling and converting the Bitcoin.

Every weekday evening we highlight the consequential market news of the day and explain what’s likely to matter tomorrow.

“The value of that is merchants don’t need to upgrade their terminals and figure out how to integrate with a blockchain,” says Cuy Sheffield, who leads crypto efforts at Visa.

Until then, the parlor game continues: Who will be next to buy Bitcoin?

“It’s most likely that the ones that do it next are going to be other owner-operators,” says Toroso’s Venuto. “If you think about the most forward-thinking major corporations in the tech space, the ones likely to go next are a

[ORCL], more than an

[AAPL], right? I mean, if Steve Jobs was still at Apple, it probably would be done already. Tim Cook is a different guy; he’s a hired CEO, not a founder CEO.”

Sat Apr 10 , 2021
MISSOULA — Two planning and architectural firms are in the early process of designing and proposing a mixed-use development within the Historical Fort Missoula District, including the preservation and use of the old post hospital. While the project remains in design, it would cover roughly 5 acres of private land […] 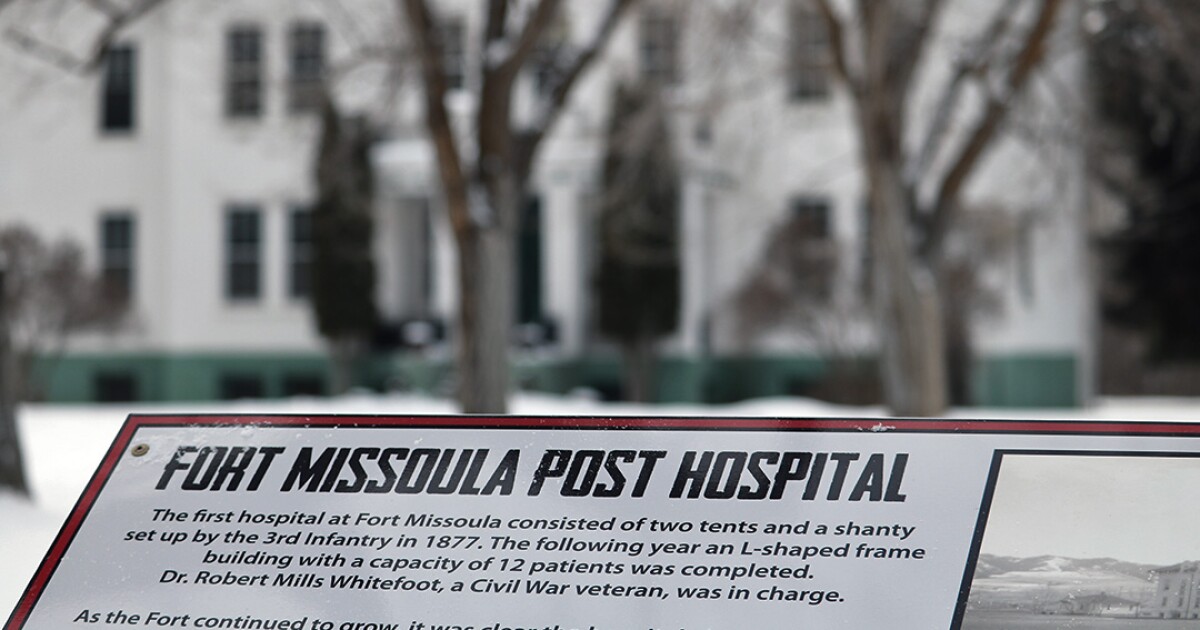