It is, after all, that money that help pays for the service, which won’t be profitable for at least several years. “This is one of the quintessential challenges in this space,” said Stephen Beck, the founder of management consultancy cg42 and a strategist who closely follows the streaming world. “How […]

It is, after all, that money that help pays for the service, which won’t be profitable for at least several years.

“This is one of the quintessential challenges in this space,” said Stephen Beck, the founder of management consultancy cg42 and a strategist who closely follows the streaming world. “How do you find that balance between today and tomorrow?”

Paramount Plus will launch next Thursday as a dramatic expansion of the existing CBS All Access. The new product will cost $4.99 per month for an ad-centric basic tier and $9.99 for a premium version, slightly less than Hulu, Netflix, Disney Plus or HBO Max in a pricing strategy the company hopes will allow it to increase scale more quickly.

The cost of that basic tier is actually $1 per month less than ViacomCBS charges now for All Access despite the clearly higher investment the company will make in Paramount Plus, underscoring how much it will be run at a loss for the foreseeable future.

With the service’s debut, it completes a process that began when Viacom and CBS reunited in 2019 with the hope of achieving greater scale and a better streaming bundle.

Paramount Plus will offer 36 new original shows in 2021, and 30,000 total hours of television from CBS, MTV, Showtime, BET and other of its networks, including news and NFL content. It will also make available about 2,500 existing movies — double that of competitor HBO Max. New scripted shows from Tyler Perry, tie-in series to Paramount movies such as “Fatal Attraction” and “Grease,” an animated movie featuring “Beavis and Butt-head,” a revival of “Frasier,” and nonscripted shows from Amy Schumer and Trevor Noah are also planned.

But experts warn that while all of that content will serve as a lure to the new service, it probably will slow ViacomCBS’s flow of revenue elsewhere. It could, for instance, make consumers stop paying for ViacomCBS’s existing services, including their cable bill and their subscriptions to pay-cable network Showtime. It might also simply dissuade consumers from watching shows on traditional television where the number of eyeballs viewing are critical to high advertising rates.

ViacomCBS still has a healthy and lucrative legacy business, raising the question of whether streaming could cut into that. The company revealed in its earnings report this week that it made $4.1 billion in profit in fiscal 2020, a number constant with the previous year, thanks largely to its traditional television and film operations. Revenue at its cable networks jumped 11 percent in the fourth quarter compared to the previous year.

And despite the pandemic, fourth-quarter advertising revenue at its TV division, powered by the highly rated CBS, was also constant, at $1.7 billion.

The company’s viewers are older, and part of the hope is that it can continue generating that money while attracting younger people who do not partake in traditional CBS products.

It also must keep affiliates — the roughly 230 independently owned stations in markets such as Atlanta and Phoenix that air its programming now — accepting the fact that it is not including their content in its service and thus not paying them for any rights. That move could jeopardize relationships with the companies CBS needs to broadcast its revenue-producing shows.

ViacomCBS “may have just cut the affiliates out of the base tier of Paramount Plus. Will the affiliates be okay with this?” analyst Rich Greenfield of LightShed noted shortly after the presentation.

Wall Street has pushed conglomerates like ViacomCBS to move into streaming as consumers “cut the cord” —— the act of canceling traditional satellite or cable service — with the idea that even though the services won’t be profitable for some time, the trends of the future pretty much require it.

Research from Variety Intelligence Platform this week showed that 21 percent of cable or satellite subscribers have left a traditional package since the start of 2017. But that still leaves 67 million people receiving their television via cable or satellite.

Those 67 million customers continue to pour money into the coffers of ViacomCBS — which includes not just over-the-air CBS, often the most-watched TV network, but many of the most popular cable networks, among them MTV, VH1, Comedy Central, Nickelodeon, CMT, BET, Showtime and Pop.

The company must also strike a balance between maintaining profits and growing subscribers as it considers what to do with its production of movies. While most business models at Paramount and other studios are designed for the theatrical box office — the most recent “Mission: Impossible” took in nearly $800 million worldwide — a streaming service demands high-end original content.

The company seems eager to try to walk the line between those two requirements, saying Wednesday that 2021 releases “Mission: Impossible 7” and “A Quiet Place Part 2” will debut on Paramount Plus only after they’ve been shown in theaters for 45 days. That is shorter than the traditional 75- to 90-day window but far longer than Warner Media’s plan to release its 2021 movies on HBO Max simultaneously with their appearance in theaters.

Showtime remains a conundrum, too. ViacomCBS collects a portion of monthly subscriber fees for the network that can be as high as $15. But on Wednesday, ViacomCBS executives said the company would put its anticipated “Halo” adaptation on Paramount Plus, not Showtime.

To achieve profitability and, eventually, offset the loss of revenue in other places, Paramount Plus must reach a huge audience, something that could be tricky without the brand identification of Disney, Netflix or HBO.

ViacomCBS executives said that, combined, All Access and Showtime’s digital version, Showtime Anytime, have a total of 19 million subscribers now, all of whom will be converted to Paramount Plus. Geetha Ranganathan, a media analyst for Bloomberg Intelligence, estimates that ViacomCBS will need to more than double that total to 40 million to 50 million to be successful.

Executives acknowledged that there’s tension between old and new business models but said they believe they can be harmonized.

“We’re not about only linear or only streaming,” said ViacomCBS chairman Shari Redstone, using the industry term for legacy TV viewing. “We’re about both linear and streaming. … We will live in this hybrid environment for a while.”

Whether streaming dollars one day prove as lucrative as linear ones remains to be seen.

Beck, the consultant, said he is skeptical. “I don’t think many of the companies that have launched big streaming bundles have the institutional knowledge of the direct-to-consumer business,” he said. “And I think many of them are underestimating the difficulty of making the transition.”

Fri Feb 26 , 2021
By Allison Martell, Carl O’Donnell and Julie Steenhuysen (Reuters) – The number of available COVID-19 vaccine doses is steadily rising, but a shortage of physical space that meets standards for pharmaceutical manufacturing is a major bottleneck to further expansion, according to drugmakers, industry construction experts and officials involved in the […] 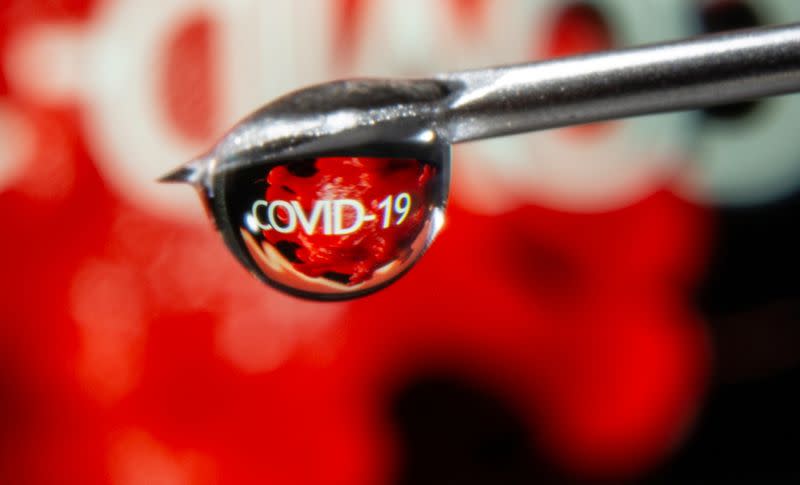