Knock it off. That’s the signal retailers are giving to so-called “dupe” influencers who peddle apparent counterfeits and knockoffs of designer products on social media. More from WWD In a report Wednesday, the American Apparel & Footwear Association flagged growing concerns among its member brands about crops of influencers on […]

That’s the signal retailers are giving to so-called “dupe” influencers who peddle apparent counterfeits and knockoffs of designer products on social media.

In a report Wednesday, the American Apparel & Footwear Association flagged growing concerns among its member brands about crops of influencers on platforms including Facebook, Instagram, YouTube, TikTok and others who intentionally promote counterfeits as affordable alternatives to pricey luxury brands.

The AAFA argues that this narrative about dupes’ appeal obscures its costs. Its report references a statistic previously cited in a January 2020 Department of Homeland Security report, which states that by 2022, counterfeit goods are projected to displace some $1 trillion to $1.2 trillion in global sales of legitimate companies. The group argues also that counterfeit production can involve the use of unsafe and low quality materials, and the use of forced labor.

In a call to action, the AAFA is asking for online platforms to ramp up their oversight of counterfeit marketing on their sites by policing the use of hashtags promoting such products and by suspending or deleting offender accounts.

“This is a very important contribution to our collective understanding of the cutting edge of where counterfeiters are right now,” said Stephen Lamar, AAFA’s president and chief executive officer.

“One of the things to realize about this, and as I was reading through the report, I kept seeing this theme: these dupe influencers are trying to surround themselves with the trappings of legitimacy and authenticity to sell illegitimate and counterfeit products,” he said.

Social media platforms have been showing signs of responding to calls for such crackdowns.

The AAFA report follows the recent lawsuit that Gucci and Facebook teamed up on to target the promotion of counterfeits on social media. Their joint suit, filed in California federal court last month, also seeks to flex Facebook’s own enforcement muscle against posts on its sites, including Instagram, that it views as instances of intellectual property infringement.

That suit itself appears to be part of an emerging trend of online marketplaces partnering with brands in litigation as a means of rooting out counterfeits. Previously, Amazon and Salvatore Ferragamo SpA had filed a similar suit in Washington federal court.

“But I think when we take a look at this issue at large, obviously, it’s not realistic to go after every dupe influencer or counterfeiter operating on a social media platform,” she said. “For that reason, we encourage, as part of this report, more proactive measures to be taken by these social media platforms, so that they can stamp out this kind of activity.”

In its report, the AAFA calls on social media platforms to take a more “proactive” approach toward enforcing their own terms of use targeting advertising that raises concerns about IP infringement.

The report also cautions influencers that promoting counterfeits could tarnish their prospects of future collaborations with legitimate brands and potentially result in the revoking of any verified status they may have on social media platforms, a currency for social media content creators looking to build their own personal brands.

“Influencers are an extremely important asset to the fashion segment,” said Mitropoulos. “Many of our brands use influencers as part of their legitimate digital strategy, so I think that’s a very important point to tease out.

“This report is really designed to educate the fashion industry and obviously the influencers who are promoting these counterfeits, to recognize the consequences of this kind of activity,” she said.

“It’s also designed to educate brands in this ecosystem, consumers and also the online platforms,” she added. “On some level, they realize this activity is taking place on their platforms, but hopefully this can better educate them as well to set up more proactive features and programs on their platforms to weed out this type of behavior.”

2 Top Retail Stocks to Buy in May After Tech Pullback 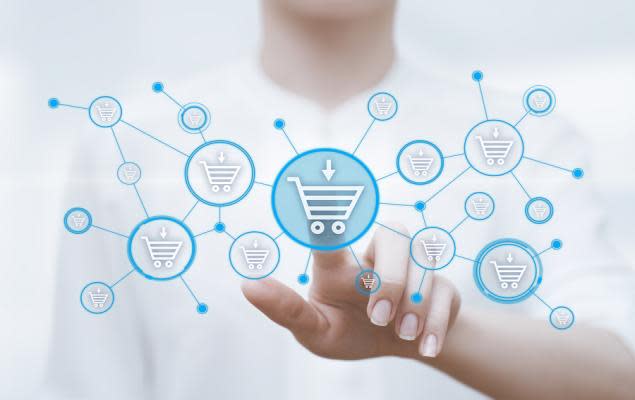