As people spend more time at home and less time in public with friends and family due to the pandemic, coffee shops across the U.S. have revised their businesses to survive a period in which customers lack the traditional experience of sitting in shops.

Although many coffee shops used to rely on drinks as a primary source of revenue, especially as some customers sat for long periods of time and ordered multiple drinks, both national lockdowns and state stay-at-home orders have cut retail significantly. Kenny Sipes, the executive director at the Roosevelt Coffeehouse, said seating went from 40 percent of their business to almost 10 percent.

However, e-commerce — especially online sales of beans for brewing at home — have increased exponentially.

Jeff Davis, founder of Brioso Coffee, said he thinks the transition from traditional dine-in services to a safer environment with less in-person meandering led to more sales than he would’ve otherwise seen.

“Our circumstances obviously changed, so we reacted by putting more time and capital into prioritizing something new,” Davis said.

“We were really not even trying to do that before the pandemic because we had enough wholesale accounts to keep us busy that it was just overwhelming to add, but then it had to happen,” Sipes said.

However, as the pandemic boosted online shopping, it also crushed wholesale for some businesses that sell whole beans to restaurants or other coffee shops in the city.

“A lot of our partners are cafes and restaurants, so when their business started going down, the demand for wholesale coffee certainly went down as well,” Blake Moffatt, co-owner of Brioso, said.

Davis said Brioso lost 70 percent of its wholesale customers because of temporary or permanent closures.

“I’m really sick to my stomach worrying about restaurants and coffee shops whose entire business is walk-in customers,” Davis said. “We basically lost all of that business-to-business.”

The coffee industry also maximized the free time the pandemic gave them to focus on their roots of serving high-quality products, as Sipes said Roosevelt found purpose in just its third year of roasting its own beans.

“We’re finally starting to sense who we are and what we want to look like and how we want people to experience it,” Sipes said.

The pandemic has also affected the industry’s approach to learning about coffee within their own businesses.

“We were able to do a tour where we brought our baristas and met a green coffee provider in Colombia, where the coffee was processed, and we spent a couple of hours meeting them and touring the facility and asking questions — and we did it all on Zoom,” Davis said.

A study by Melitta North America, a branch of a German company that sells coffee and related equipment, surveyed consumers in the U.S. to find out how COVID-19 impacted Americans’ consumption of coffee. Forty-six percent of respondents said they wanted to learn how to brew better coffee at home.

Columbus businesses have worked over the past year to improve resources for residents to brew better coffee at home, including partnering with companies for sponsored events.

“We worked with a couple of corporate companies — they kind of came to us and said, ‘Hey, we want to support you. What if we bought 25 bags of coffee and you all hosted a wide, interactive coffee-brewing session?’” Sipes said.

Roosevelt used those opportunities to teach brewing methods and the basic science of coffee to members of their community in a live, virtual format. As COVID-19 has decreased the number of drinks Brioso Coffee sells in its shop on Long Street, the business has focused on selling beans and equipment for brewing coffee at home during the pandemic. Credit: Courtesy of Brioso Coffee

Additionally, Sipes said his friend who manages the Point App, which connects volunteers with local nonprofit organizations,  helped him create a campaign in which the Roosevelt Coffeehouse donated a bag of coffee to a healthcare worker for every coffee it sold — they donated more than $25,000 in coffee in three months.

As a group of small businesses, Columbus’ coffee industry recognizes that the pandemic doesn’t just impact them individually but also the industry as a whole, and that some changes may be long term.

“I think we are unified in suffering and hoping that we can make it through this, and I don’t know if all of us are going to survive,” Sipes said.

“There’s a strong sentiment every day from people spending money or loading gift cards or buying stuff, just because they want us to make it,” Davis said.

Fri Feb 5 , 2021
Hangzhou 2022 is scheduled to run from 10-25 September 2022. As the Official Exclusive Supplier of Western Food Catering Services, Yum China will actively support promotion and brand building efforts for the Games. KFC China and Pizza Hut China will be on-site at Games competition venues to provide Western style […] 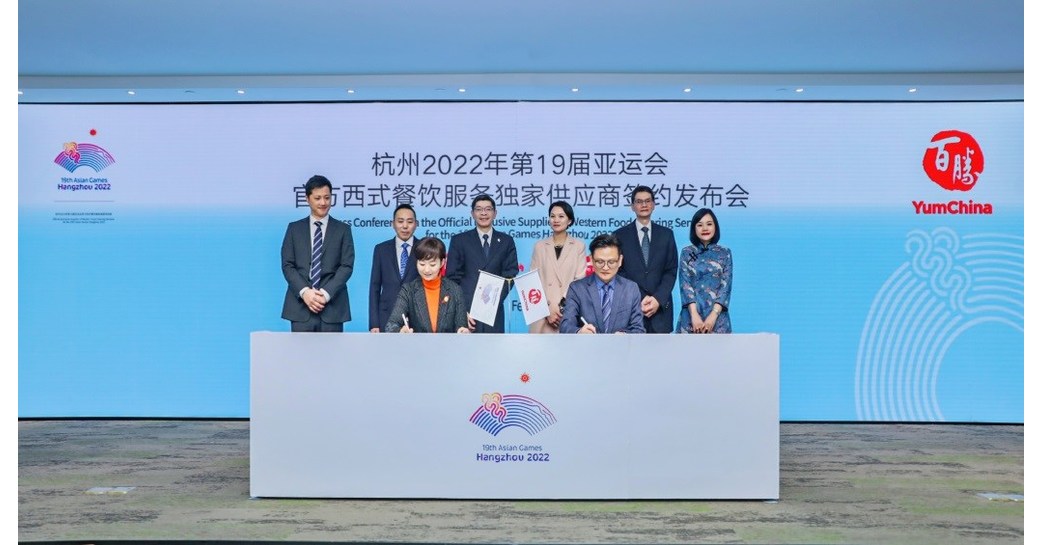