Photographer: Liesa Johannssen-Koppitz/Bloomberg Photographer: Liesa Johannssen-Koppitz/Bloomberg Volkswagen AG doesn’t have to face a $750 million U.S. lawsuit by a unit of parts supplier Prevent Group that alleged the carmaker sought to strangle its business over a pricing dispute. U.S. District Judge Bernard Friedman on Monday threw out a 2019 antitrust […]

Volkswagen AG doesn’t have to face a $750 million U.S. lawsuit by a unit of parts supplier Prevent Group that alleged the carmaker sought to strangle its business over a pricing dispute.

U.S. District Judge Bernard Friedman on Monday threw out a 2019 antitrust suit filed by Prevent USA Corp. accusing VW — then the world’s largest carmaker — of launching a corporate dirty-tricks campaign to interfere with its acquisitions, cut it off as a supplier and make an example of the Bosnia-based firm.

The case was among more than a half-dozen suits the two companies have filed against each other in three countries regarding a 2016 pricing squabble over Prevent’s decision to cut off parts supplies to VW. Judges in Germany have split their rulings in the cases.

Friedman said Prevent’s suit was a “continuation of an ongoing dispute” currently before the German courts over the company’s allegations VW is trying to drive it out of business. The judge threw it out on procedural grounds, finding the case should be heard in Germany.

“We are pleased the court recognized this case for what it was: A dispute with no connection to the United States that never belonged in the U.S. courts,” Volkswagen spokesman Christopher Hauss said in a statement.

Prevent officials indicated they would continue the fight.

“While we are disappointed by the ruling, the dismissal on forum grounds simply postpones the inevitable,” Duane Loft, a U.S.-based lawyer for Prevent, said in a statement. “Eventually, in some court, Volkswagen will have to answer for its misconduct.”

Prevent claims in the suit that VW put a bull’s-eye on it after the 2016 dispute, tied to canceled orders for seat covers and transmission cases that forced the carmaker to temporarily close plants making Golf and Passat cars and lay off workers.

While the companies worked out a quick settlement of the dispute, Prevent argues in court filings that VW executives set up an internal group to find ways to force Prevent out as a supplier and exclude it from the car-parts business altogether. The task force led efforts to interfere with acquisitions and hire private investigators to tail the Bosnian company’s executives and to “manufacturing negative press” about the supplier, Prevent alleges.

A VW manager assigned to the task force began having qualms about its mandates and secretly taped some of its sessions, according to the filings. Those tapes later were leaked to German news media outlets.

The manager, uncovered as the mole by an internal investigation and suspended, later was found dead in his burned car, court filings show. German authorities are still investigating his death.

VW and Prevent have sued each other over the pricing dispute and the task force allegations in Germany and Holland, according to court filings. Prevent filed two suits in the U.S. over the dispute.

Before it’s here, it’s on the Bloomberg Terminal.

Tue Mar 23 , 2021
A gunman opened fire at a King Soopers grocery store in Boulder, Colorado, killing 10 people. In 2018, 89 people working in sales positions, such as cashiers, were killed in workplace homicides. The pandemic has brought new threats for retail and restaurant workers.  See more stories on Insider’s business page. […] 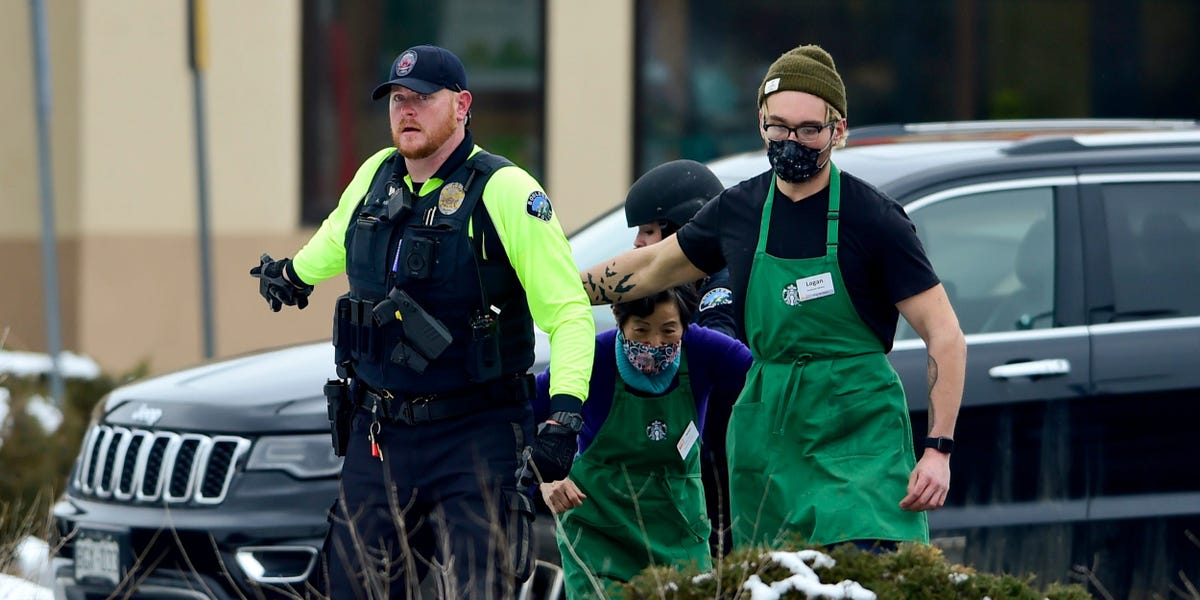